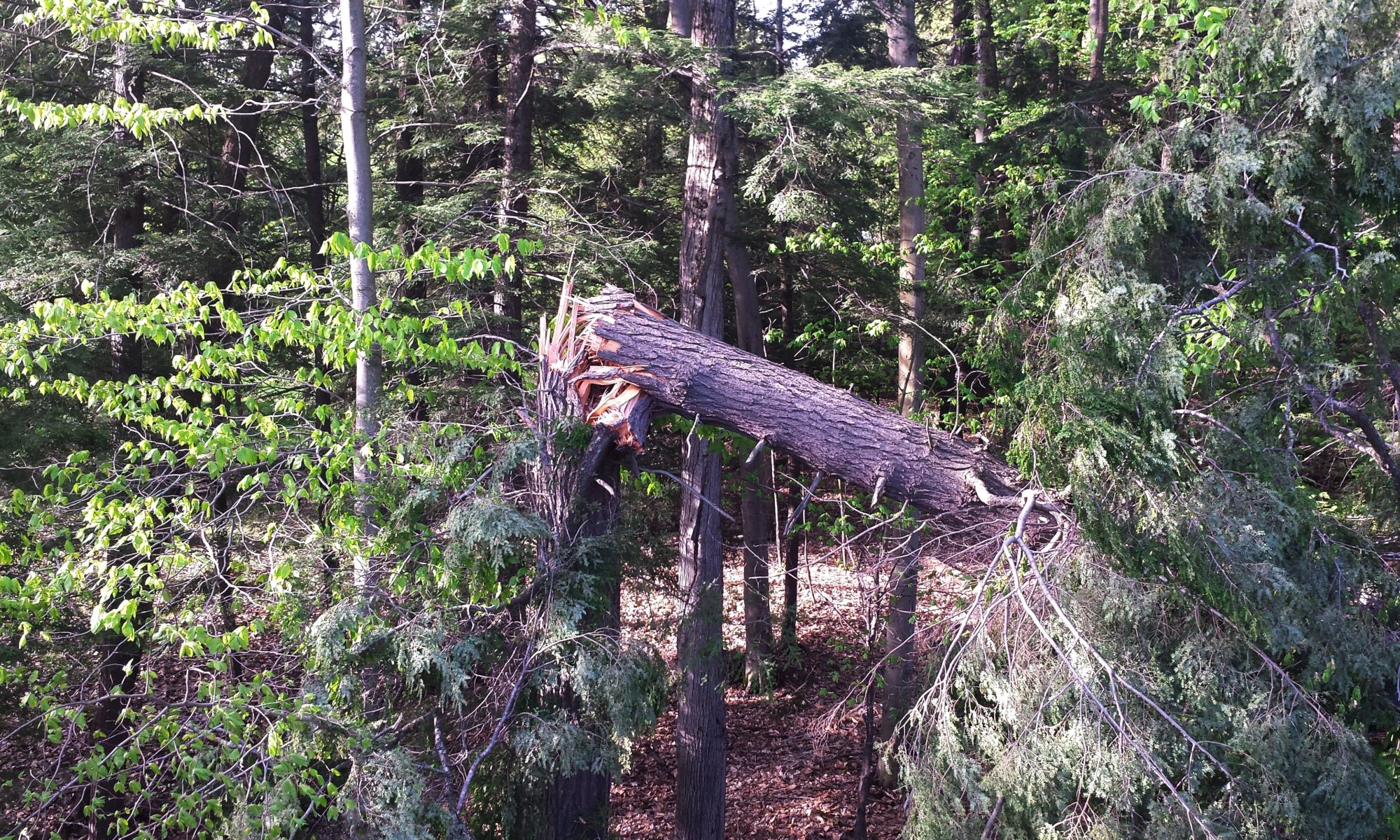 Earlier this year, strong winds blew down a corridor of trees near my parent’s home. Their neighbours said they saw a small twister approach rapidly, followed by intense winds and pouring rain. By the time the storm was gone, a nearby power line had been taken out by a fallen tree and the power was out.

A couple of the trees barely missed hitting my parent’s home, and many branches did. Fortunately, there was only minor damage.

The power had been taken out at several locations in the area, and hydro crews were sent in from all over southern Ontario to fix the problems. My father and I spoke to a crew from Lindsay, who had been working long hours over the long weekend to get the power back on. 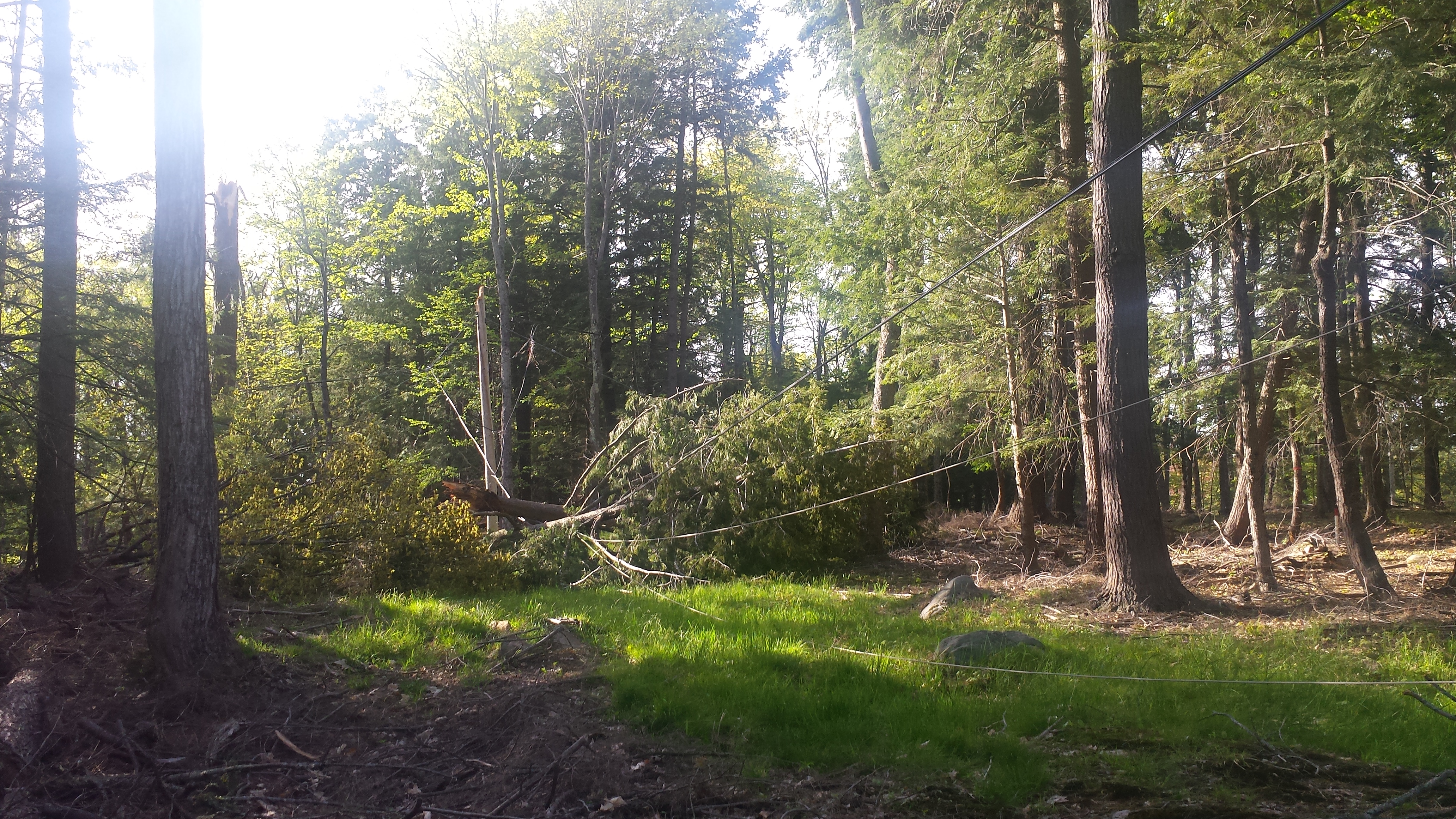 We saw the crew digging out a wide base for the new pole, after they had removed the broken one. The new pole was going to be flown in due to the inaccessibility of the location. My father and I walked back to see what they were working on, but we actually arrived right in time for the main event. The rumble of the spinning helicopter blades slowly became audible and the crew got themselves into position.

The accuracy of the pilot was impressive. He brought the pole in a very enclosed area and dropped it into the base effortlessly. There were three lines already attached to the pole which the hydro crew untied. They attached to nearby trees in a tripod pattern so that it could be freestanding once tied down.

Only a little more than a minute after the helicopter arrived, it disconnected the tow line from the pole and flew off. The hydro crew started filling in the base with the ground they had originally dug out.

I managed to capture a short video of this process. Check it out!